Arnaud Démare celebrated his second stage victory at the 105th Giro d'Italia. One day after his success in Messina, the 30-year-old from the team Groupama-FDJ prevailed again in the mass sprint and after FotoFinish, in a millimeter decision, referred the 27-year-old Australian Caleb Ewan (Lotto Soudal) to second.

Third on the sixth stage over 192 kilometers from Palmi to Scalea, the four-time world champion Mark Cavendish (Great Britain/Quick-Step). The best German was on Thursday Phil Bauhaus from Team Bahrain-Victorious in sixth place. 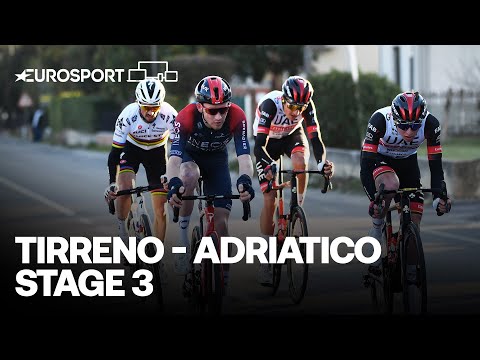 Lennard Kämna from the German Team Bora-Hansgrohe finished in the main field and defended his mountain jersey and second place in the overall ranking without any problems. The Rosa jersey of the whole continues to carry the Spaniard Juan Pedro Lopez (Trek-Segafredo). He is a 38 second ahead of Kämna, who won the mountain arrival on Etna on Tuesday.

After the mass arrival the day before, the sprinter came again on Thursday, except for a mountain of the fourth category, there were no difficulties to cope with the 192 kilometers. The 33-year-old Italian Diego Rosa from Team Eolo-Kometa had put himself at the top of the Peleton after 167 kilometers, as a outlier was sometimes over three minutes. But 28.5 kilometers before the finish he was put off the field. In the mass sprint, Démare then had the best legs again, although the decision was extremely scarce.

The seventh stage leads from Diamante to Potenza over 196 kilometers on Friday, no less than 4730 meters of altitude must be overcome. The Giro ends on May 29 in Verona.