Since 13 games, the Heider SV waited for a victory in the group North of the Regionalliga Nord before the away game at Hamburger SV II. The 0: 3 extended the series to 14 winning games and finished the term of office of Chef Trainer Sönke Beiroth five days later, as the Heider SV in the social media on Thursday night announced. 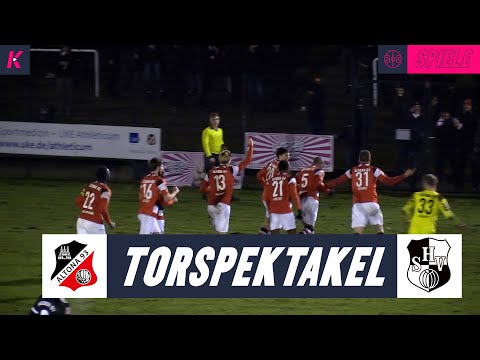 The new man at HSV is already ready. With Markus Wichmann, the previous co-trainer moves up and takes over the role of the chief trainer. "Of course it will be incredibly difficult, but we have to try it 100 percent. These include - especially with so long negative series and missing success experiences - unfortunately also profound changes. This decision is not against people, but for other impulses," will Managing Director Andreas Meyenburg quoted.

In addition to Beiroth, assistant Viktor Hardock must also go. At the head coach, whose "heart blood, the uniforms and the lived love for sports are not in words", the HSV expressly thanked. Beiroth became coach in 2014 and managed the rise to the regional league in 2019. Currently the Heider SV is different with Altona on the penultimate table spot.